The use of design principles rather than detailed model prescription provides part of the answer to the key question: what is the best way of meeting the needs of our patients and the wider population? So said Nigel Edwards, chief executive of the Nuffield Trust, which aims to improve healthcare in the UK through evidence and analysis, as he brought the first day of European Healthcare Design to a close last week in London.

As well as ageing, multimorbidity is another high-profile issue weighing down on our healthcare systems. In the UK, the proportion of people with four or more diseases is expected to almost double – from 9.8 per cent in 2015 to 17 per cent in 2035 – and two-thirds of those with multiple diseases will also suffer mental health problems, such as dementia, depression or cognitive impairment.

Success means more admissions
To some extent, explained Edwards, healthcare is the victim of its own success. Improvement in hospital survival rates that occurred between 2000 and 2009 explains 37.3 per cent of the total increment in unplanned admissions. But the medical staffing model is failing to match patient need. One in three patients admitted to hospital in England as an emergency in 2015–16 had five or more health conditions – up from one in ten in 2006–07.

This soaring multimorbidity has resulted in hospitals often having the wrong types of staff to deal with the patients they’re seeing. There are too many narrow specialists, and not enough general physicians and geriatricians, argued Edwards, who pointed out that the response in the US has been the huge growth in hospitalists – physicians whose primary professional focus is the general medical care of hospitalised patients. 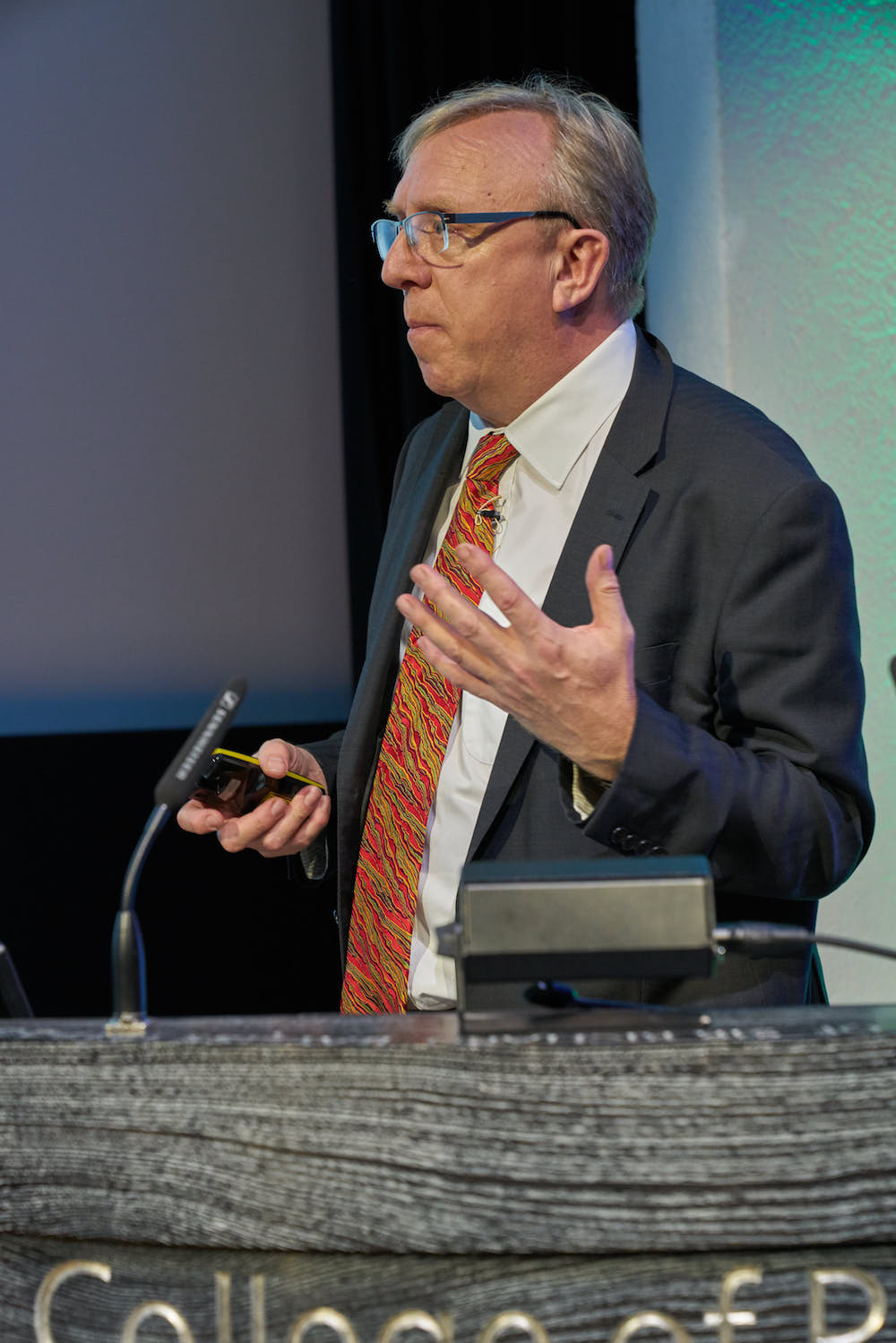 According to Edwards, hospitals are finding it increasingly difficult to maintain the full range of specialisms, and there is evidence that outcomes get better in line with higher volumes in certain medical areas, owing to more opportunity for learning, the development of a critical mass of intensive care support, and the ability to have a senior doctor on site.

Scale is not so important in general medical specialties but a critical mass of staff is needed, and there are few very small hospitals able to provide this.

Growing interest in integrated, person-centred healthcare has naturally evolved against this backdrop of challenges, explained Edwards, pointing to the effectiveness argument – ie, that fragmented care produces poor results for patients – and the economics argument – ie, that avoidable hospital stays and morbidity are a waste of money. There is greater recognition of the role of the wider social determinants of health in improving care, while personalisation is another growing trend, owing to an understanding that following a single disease pathway is unlikely to achieve the best results for the patient.

Turning his attention to the design solutions that may be implemented to address these challenges, Edwards highlighted was scaling up primary care practices, creating larger networks, and standardising care pathways. Integrated care also requires the building of an extended team comprising, for example, pharmacists, allied health, mental health, care navigators, social prescribing, home care nursing, and specialist nurses for disease management. And technology is a crucial enabler, with increased availability of diagnostics and treatments in primary care settings, the shift from face to face to phone and web, and population registries deploying methods for segmenting and risk stratification.

The hospital’s relationship with primary care will need to change, said Edwards, with new role for specialists, including: acting as co-producer of pathways and guidelines with patients and primary care; replacing referral for many patients; dealing with the most complex and difficult patients; keeping the system up to date on the latest science; supporting specialist nurses and care co-ordinators; and adopting a population health perspective.

Another model, tiered networks, is built around a categorisation of clinical patient risk and need for certain medical services. It’s a model well suited to trauma networks, commented Edwards. The hospital groups model has been popular for sharing back office IT functions, quality improvement, policy development, and often purchasing.

Less common are non-hierarchical networks, such as ParkinsonNet in the Netherlands, with shared pathways and patients choosing their own route through the system.

The blurring of boundaries of hospital services will touch various parts of the system, from rapid discharge and step-down, to end-of-life care, to home care and rehabilitation, to support for, or even ownership of, care homes. Changes in the organisation of planned care, especially surgery, could lead to standalone units, and even, for certain conditions, factory-type models.

Summing up, Edwards explained that to manage this change required some thinking about evolution or design, the role of masterplanning for the hospital systems, and a recognition that the hospital is not the focus for planning services.

“There is a role for masterplanning of whole optimal systems,” he said. “The market will not determine optimal configuration of hospital systems for quite a lot of complex, speciality areas, particularly in trauma, for example. . . The sum of the markets for all of the constituent specialties will not give you an optimal trauma system.”

In conclusion, he advocated a focus on design principles rather than a detailed prescriptive model as the best way to ensure patient needs and those of the wider population can be met.

He said: “We’ve got to give people the tools to do the job and think about the answer, rather than telling them the answer, and we need to train people to ask better questions and be more critical of the evidence than they often are, even in this country.”

Organised by Architects for Health and SALUS Global Knowledge Exchange, the European Healthcare Design 2020 Congress & Exhibition will be held at the Royal College of Physicians, London, on 1–3 September, 2020.