In 2020, at the height of the Covid-19 pandemic, the NHS England chief sustainability officer, Dr Nick Watts, turned around to the Board and asked them if some of the climate change actions they had been pursuing should be put on the backburner temporarily while attention was focused on the public health emergency.

Dr Watts was given short shrift. The resounding response from every single member of the board was “absolutely not, the climate crisis is a health crisis and if anyone can tackle both crises at the same time, it’s the NHS”.

Indeed, the speed and urgency with which the NHS is tackling the issue have accelerated and increased during the past two years. 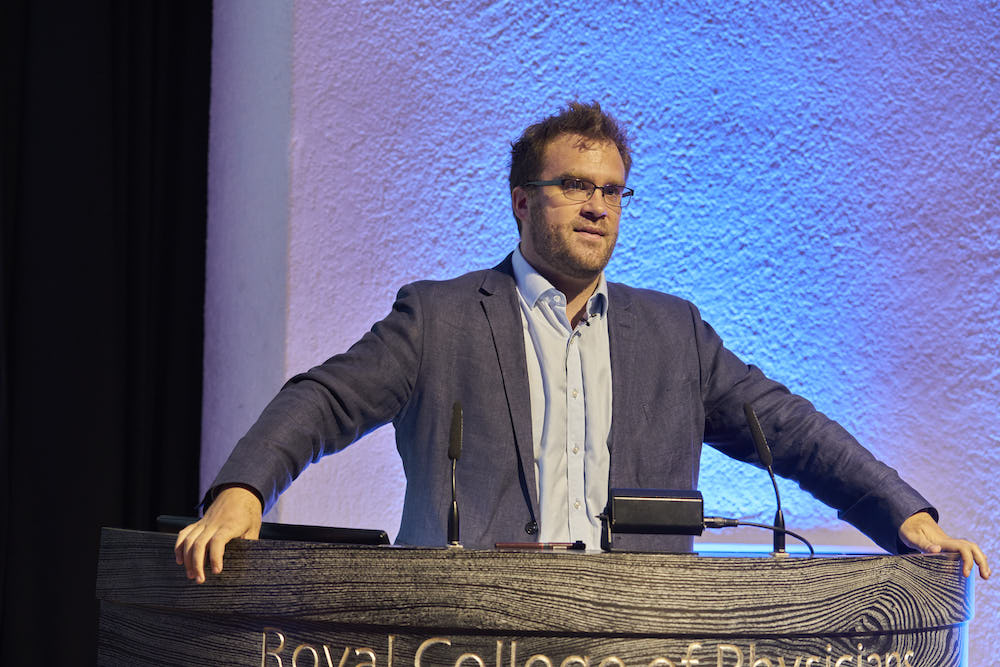 “People say it’s a question of whether we hit 1.5 degrees,” said Dr Watts in his keynote address to delegates at European Healthcare Design 2022. “Absolutely not, we’re going to blow through that. We’re not talking about 1.5-degree or 2-degree worlds, we’re talking about 4-, 5-, 6-degree worlds. For the NHS, that means a doubling by 2030 of the number of NHS facilities on high-risk flood plains; it means a tripling of the standard deviation – the average duration – of fatal heatwaves.

“The NHS is set up to provide high-quality care for all – now and for future generations. It’s scientifically, clinically impossible for us to do that unless we tackle climate change head on.”

And he stressed: “The second you get confident that you’re going to hit your target, you move that target forward, because we’ve done 30 years’ worth of sitting on our hands, and the fastest you can go today is not going to be fast enough, so you run faster.”

He then laid out a number of interventions that the NHS has taken since it announced its intention less than two years ago that it would be a net-zero health system by 2040 for its direct emissions, and by 2045 for those emissions it can influence.

Firstly, he said, the NHS and government have been investing in low-carbon healthcare and decarbonising the healthcare estate. Over the last 18 months, £557m has been injected into decarbonising the entire estate, which amounts to anywhere from 40,000 to 60,000 buildings across England, including primary care.

“Is it enough?” asked Dr Watts. “No. But has it put a serious dent in the cost uplifts in energy that 2022 has brought? Absolutely yes. Our energy bill is significantly lower than it would have been if we hadn’t invested.”

The NHS’ mobile assets have also been targeted for decarbonisation. The UK Government is phasing out all new internal combustion engines by 2030, and Dr Watts  believes the health service will have a fully electric standard fleet by 2032. A trust in Greater Manchester is already just one vehicle away from being fully electric and has one of the country’s first 19-tonne electric HGVs.

There has been plenty of innovation, too, with two zero-emission ambulances now in operation, one of them fully electric and transporting patients in Birmingham. The NHS also has an electric hydrogen hybrid, described by Dr Watts as a 250-mile range extender that can cover a vast area. When it has a few more, the NHS will be trialling them for two years before purchasing them as standard.

A third area is medicines, which accounts for 25 per cent of the NHS carbon footprint, but in this regard, the NHS is working from a standing start. Consequently, explained Dr Watts, the NHS is pinpointing the top 20 per cent worst-polluting medicines across its entire footprint. One example is the common asthma inhaler, which, according to Dr Watts, contains about 26kg of CO2. The average for the low-carbon alternative that the NHS is prioritising is said to be 1.6kg.

Another example is anaesthetic gases – in particular, desflurane, one vial of which is said to have the equivalent global warming potential of burning 356kg of coal.

“Two years ago, we asked the Royal College of Anaesthetists if they could reduce the volume of the gas from 24 per cent to 10 per cent,” recalled Dr Watts. “I expected pushback but the overwhelming response was, ‘You’re not being ambitious enough’. A few days ago, the volume had fallen to 4.8 per cent by volume. And when we said, ‘Can we go lower?’, again, the response was, ‘You’re not being ambitious enough. We want to blow that target out of the water’.”

The greatest percentage of carbon emissions – about 62 per cent – sit within the supply chain. But that doesn’t mean the NHS is limited in targeting these – far from it, as Dr Watts explains: “Our caterers and chefs decide where the food comes from for our patients. Our nurses decide wound management care. Our clinicians and doctors decide what they prescribe. Our physiotherapists decide how we send people home from a hip operation, what mobility aids we use, and what kind of medical devices and tech we use.”

Moreover, on 1 April 2027, new qualifying criteria for all contracts in the NHS will come into force, which will mean, in Dr Watts’ words, that “unless you can publicly demonstrate through your board that you can run at the same pace as us, we’re not interested in doing business with you”.

He continued: “The response from our 15 biggest suppliers was not, ‘We can’t do that’, it was, ‘That sounds tough, but we understand the climate crisis is a health crisis and we will run with you and tackle this at full speed’.”

His final example of the measures the NHS has taken – and a recommendation for other health systems – was getting the governance right. That means ensuring net-zero emissions targets are embedded into the standard contract sent out to providers, and embedded into the planning guidance annually.

At a global level, the shift to net zero is gaining momentum. Since the NHS declared its intention to become the world’s first net-zero healthcare system, 17 other health systems around the globe have set out similar trajectories. And this, Dr Watts, concluded, is perhaps the most far-reaching change in the past two years. “It’s when one healthcare system becomes 17 when you start to realise this isn’t just fun or something on the side, it isn’t just positive, it isn’t just possible – the transition globally to net-zero healthcare is now inevitable.”

Organised by Architects for Health and SALUS Global Knowledge Exchange, the European Healthcare Design 2022 Congress, Awards & Exhibition will be held at the Royal College of Physicians, London, on 13–15 June, 2022.