Healthcare’s obsession with activity must end

Our health economies suffer from “organisational Alzheimer’s”, where an obsession with activity drives up costs and dehumanises the whole system of care. 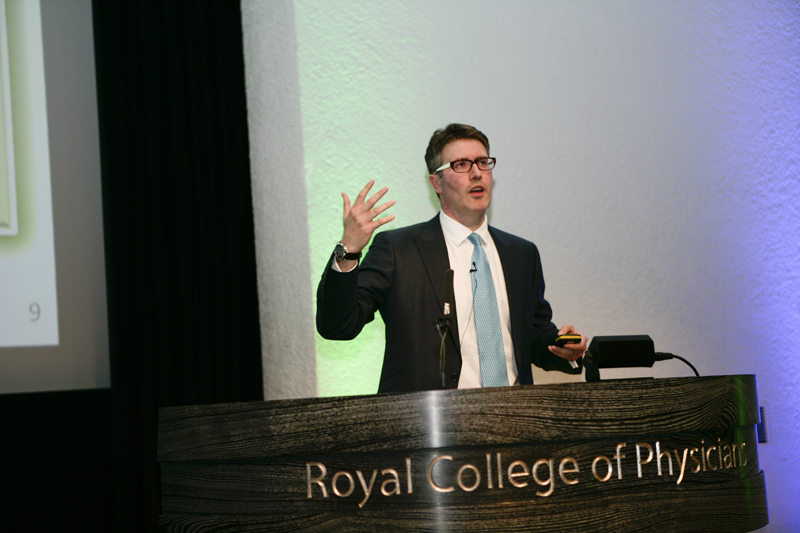 Management consultant Hamish Dibley delivered this sobering picture of modern healthcare during his presentation at the European Healthcare Design Congress last week, urging the sector to adopt a fresh perspective aimed at really understanding patient issues and designing a system in which problem-solving can flourish.

The health system needs to cure itself from what Dibley calls activity obsession disorder, and mistaking activity for a quality improvement indicator.

“As a consequence of activity obsession disorder, we do a number of things,” he said. “The worse thing you should do is focus initially on patient flow, in any healthcare economy, because it never works. I call it rolling the dice; it’s reductionism.

“What we’ve got to do instead is bring back healthcare to the reason why we have it. I call it humanising healthcare, and that’s understanding person or patient demand as the first port of call.”

“Rising demand is a myth; it’s not happening,” he insisted. “What’s rising is activity on stable numbers of people. Two-thirds of the population never use the acute hospital in any shape or form. Every patient is a person but not every person is a patient. You are not commissioning for populations. You’re commissioning for people that use your service.”

Dibley put forward the case for focusing on what he calls “the vital few”, adding: “What you find is that really, really small numbers are causing disproportionate amounts of activity and cost, year on year.”

Suggesting that, in reality, there is a weak association between medical acuity and consumption, he identified the key issue as lots of people with social, psychological, environmental and mental problems passing through A&E repeatedly – up to 80 times a year – and “boomeranging”. Moreover, said Dibley, it’s not simply a frail and elderly problem, as around two-thirds of these people are under the age of 65.

“Much of this is about problem-solving and empathising, and actually building services around patients,” he explained. “What we do is standardise pathways around mythical patients. But then we’ve got a problem when non-standard patient meets standard pathway, and a mismatch ensues. That’s where most of the activity and cost are generated.”

The way “the vital few” are managed within the health system is also a prime cause of the performance problems in healthcare, added Dibley. As well as being behind a large proportion of breaches, with regard to targets such as waiting times, etc, this group is also disproportionately likely to get admitted.

Said Dibley: “When they get admitted, it’s in short-stay units: assessment units, observation units behind A&E because of the pressure of four-hour targets. That’s actually been listed in official guidance as good practice, but it’s not. It’s very bad practice and it’s causing mayhem.”

A major problem is that the way the tariff system and payment mechanisms are structured, health providers only make money if patients have planned care activity. If patients use a lot of urgent care, then big losses will be the result, said Dibley. Yet about three-quarters of everyone who first appears in planned care are, at some point, going to tip into urgent care.

“Let’s focus on the vital few,” insisted Dibley. “Improving is about prototyping around cohorts of patients, not standard pathways. You have to customise care for small numbers, in order to learn how to improve, and improve how to learn.

“Then we have to think about real-time intelligent performance metrics. It’s about end-to-end times, first-time resolutions, and are you coming back round repeatedly?”

The solution, said Dibley, is in truly understanding the who, what, where, why and when of person demand.

He concluded: “Improvement is about redesigning services and systems around cohorts of patients, not standard pathways. If we really want to achieve the holy grail of healthcare, I’d strongly advise us to change our perspective on what matters.”

Organised by Architects for Health and SALUS Global Knowledge Exchange, the European Healthcare Design 2016 Congress & Exhibition will be held at the Royal College of Physicians, London, on 27–28 June, 2016.